Yehoram is a genius on the radio

A genius who has created and contributed much to the culture in Israel, is also a radio broadcaster who regularly broadcasts his program "Genius on the Radio".

Gaon began his radio career in the 70s, without the IDF, in the programs "Bashamim LaShabbat" and "Taste of Haman" edited by Yoel Raphael, among other things he presented special radio broadcasts for the holidays and more.

In 1996, Gaon began regularly presenting a personal program on Friday afternoons on Kol Yisrael's B network called, "Gaon on the Radio." On the show, a genius talked about current events that happened that week and in between he would express his personal opinions about them.

After turning the Broadcasting Authority into a "here" corporation in 2017, Gaon moved to broadcast the program on IDF waves.

To this day, every Friday at 15:00 PM, in the midst of preparations for Shabbat, Israel Prize winner Yehoram Gaon arrives at Gali Tzahal and summarizes what happened this week. 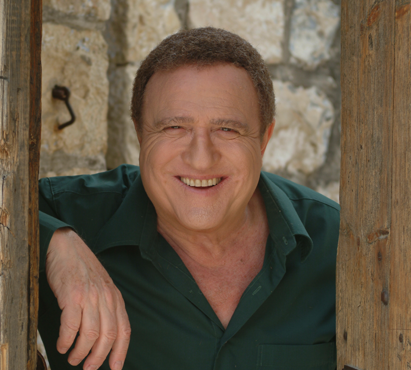